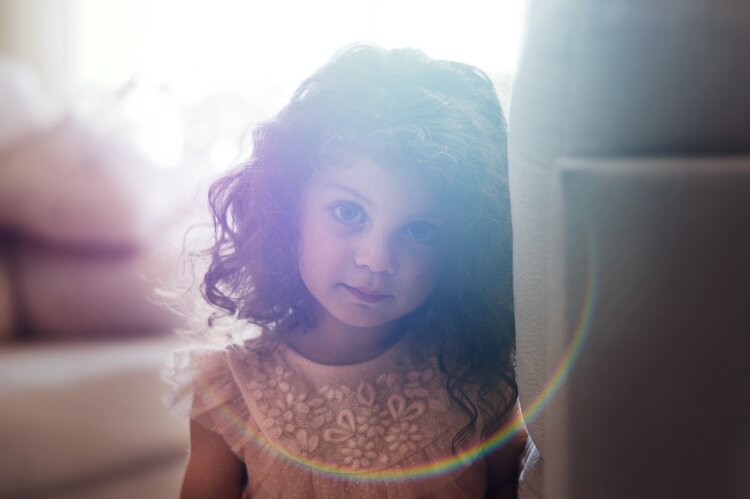 Your uniqueness is your magic!

What are Star Children?

I first learned about Star Children in the early 2000's, and was immediately drawn to it. As a child others told my Mother I was a child of light (I believe we all are – some of us just have a lot of ‘lightwork’ as part of our life mission). If you have a highly sensitive child, or maybe are yourself, it’s entirely possible your child or yourself are a Star Child. Our collective purpose is to create greater unity and alignment, thereby bringing peace, love, and joy into the world. This has been my vision since I was a tween, although I had no idea how to bring this to life. Sometimes our mission comes to us much later in life, but until we find alignment with it, we can feel we are ‘off-course.’ These children are naturally open, intuitive, often seem naive, often struggle with over-stimulation, and have a very pure heart. It has been reported that over 20% of children experience anxiety, and there seems to be a rise in children with ADD/ADHD, ASD and more who are incredibly sensitive to stimuli. Part of this is due to our awareness and more diagnosis, and I also believe more children born in the last 20 years are of a more sensitive vibration. This means they may struggle to fit into the current environment and or be understood by others.

Dr. Diane Powell, MD participates in incredibly interesting humanitarian work, and studies related to neuroscience, including studies with children with autism. The excerpt below is from www.learning-mind.com

Last spring, Powell conducted an experiment with a severely autistic child named Haley. In the experiment, Haley and her therapist are separated by a partition but yet seated at the same table. The therapist was given various pictures and equations and would glance at them one by one. As she looked at the images or equations, the therapist would hold another card with numbers, letters or images in front of Haley. Haley would point to the number or image that she was thinking of.

The results were astonishing. The numbers or images that Haley pointed toward were the same numbers or images on the therapist’s hidden cards. In one particular test, her answers were 100% accurate. During the entire experiment, and through all the tests, Haley never once scored below 90%. If this proves that something remarkable is going on within the autistic child’s mind, then I don’t know what would.

As Powell studied these abilities in autistic children, she realized that there must be a common brain pattern present. Aside from the abilities present while being tested, Powell discovered the second most common state of being, where telepathy was present, was during sleep. This could be the reason for questioning dreams and their deeper meanings.

When children with ADD or ADHD become hyperactive, it could be their way of trying to dispose of a huge amount of energy, the energy that most adults aren’t even familiar with. This same energy can be incoming telepathic messages that these children cannot understand or accept. Apparently, these children also have a linked left and right brain – it’s harmonious. Utilizing our left and right brains in a harmonious manner is something that most people only accomplish through a lifetime of meditation and enlightenment practices.

“The day science begins to study non-physical phenomena, i

t will make more progress in one decade than in all the previous centuries of its existence.”

I believe the challenges each of us face can also be gifts, if we are supported with appropriate and in these cases, more intuitive tools, natural low-stimuli environments, and empowering relationships. Communicating and sensing the world differently does not make it easy to integrate and can be isolating, and equally challenging for parents. The challenge is to find the right fit for the child, or adult. Star Children get it and see through illusion very easily.

What are Star Children?

Star Children are Lightworkers, here on a mission to make this world a better place, through change, compassion, and healing. They understand they are here with greater purpose and are relatively selfless. This also poses a problem as these children and adults tend to take on the pain of others, and may not have the skills to protect themselves energetically or differentiate between themselves and emotions of others. You can read my blog on Somato-Emotional Awareness for more support. Each Star Child has it’s own characteristics with the same purpose: to create positive change for all, by bringing a new way of being and more light into the world.

Indigo children are stubborn warriors and change-makers born between the 60’s and 90’s. Their role is to dismantle the systems that are not serving the greater good. They are entrepreneurial in spirit, trying new experiences and intrigued by finding innovative solutions.

Crystal children are pure – seeing the best in all, highly creative, empathetic to a fault, incredibly sensitive, and intrigued by the supernatural. They feel it all, which can be painful, yet manage to flow through it. Crystal children are here to create new ways of being. They are born between the 80’s to 2000’s.

Rainbow children are just that – full of colour and vibrancy! They are lovers of people, animals, easily adaptable yet will not to conform to old ways that the Indigo have helped to clear. They are fearless, see unity and will to continue to bring this into the world. These children embody our pure potential and have come to Earth since 2000.

Each Star Child brings inspiration in their own way. So how do you nurture yourself or your child to help bring out the best in them? I believe each parent knows their child, and am truly grateful my Mam had the understanding that each of us was very unique and encouraged us to express ourselves, yet have the wisdom to step back and be there with unconditional love and support. I don’t feel that labelling really matters – it serves as a framework to better understand and work within our current systems.

Tools to Nurture Our Inner Child

When you or your child feel anxious, have a healthy solution you can turn to. This is a large part of gloWithin’s Children’s Yoga Teacher Training, and all of my work. In this training and in Empowered Parenting on the gloWithin App, you can learn simple, age-appropriate tools to empower your children from babe to teen!

Understand everyone communicates differently – movement, art, intuitively, and appreciate this for what it is

Take time to be in nature, and if you have children, bringing them too

Run, dance, move! We are animals and need to move energy from our bodies

Encourage creative and solo time – away from screens and technology. Find calming activities – reading, painting, being with an animal…

Run, dance, move! We are animals and need to move energy from our bodies

Show your children how to breathe. You can also try this with a body scan

Have a personal mantra or affirmation that brings you peace

Provide support and boundaries, but allow them to guide you

Talk through or journal stressors and try to find solutions

By supporting the younger generations, offering practical and inspirational guidance to help navigate this increasingly complex, media-bombarded world, we can all help to create the next generation of inspired leaders.

Below are more tools you can access for support to empower yourself as a parent and in-turn your children.

Please reach out if you have any questions – I always love to hear from you!

ps. Please share this with anyone you feel would benefit!

Collaborations with these inspiring organizations + more!